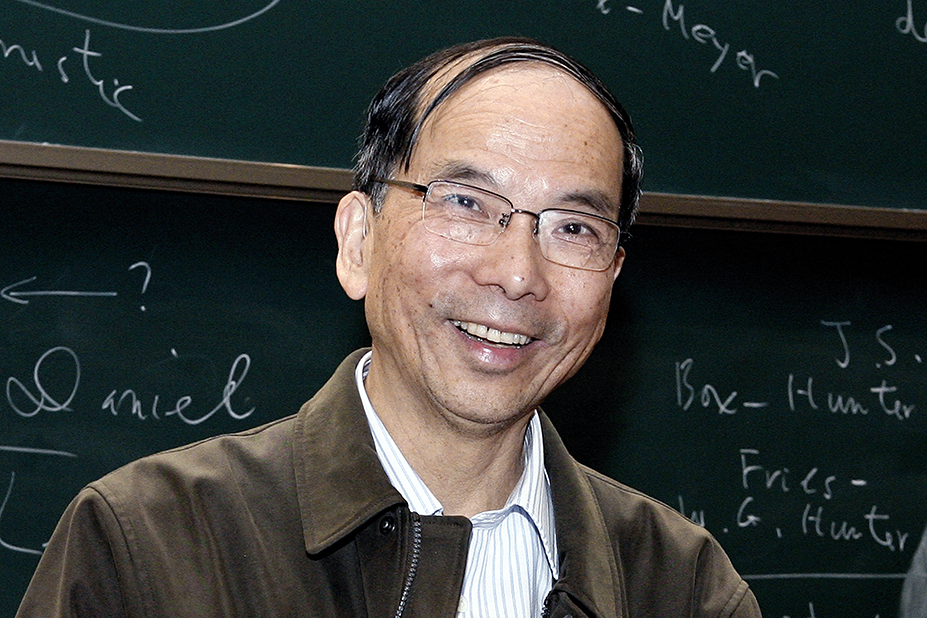 C. F. Jeff Wu is Coca Cola Chair in Engineering Statistics at the School of Industrial and Systems Engineering, Georgia Institute of Technology. He was elected a Member of the National Academy of Engineering (2004), and a Member (Academician) of Academia Sinica (2000). A Fellow of American Society for Quality, of Institute of Mathematical Statistics, of INFORMS, and of American Statistical Association. He received the COPSS Presidents’ Award in 1987, COPSS Fisher Lecture Award in 2011, Deming Lecture in 2012. He has won other awards, including Shewhart Medal (2008), and Pan Wenyuan Technology Award (2008). He was the 1998 Mahalanobis Memorial Lecturer at the Indian Statistical Institutes, received the inaugural Akaike Memorial Lecture Award in 2016, the 2017 Box Medal from ENBIS, and an honorary doctor degree at the University of Waterloo.

He has published more than 180 research articles and supervised 49 Ph.D.’s, out of which more than half are teaching in major research departments in statistics/engineering/business. Among them, there are 22 Fellows of ASA, IMS, ASQ, IAQ, and IIE. He co-authors with Mike Hamada the book “Experiments: Planning, Analysis, and Optimization” (2nd Ed, 2009) and with R. Mukerjee the book “A Modern Theory of Factorial Designs” (2006).

3:30 PM - 4:30 PM
Navier-Stokes, spatial-temporal kriging and combustion stability: a prominent example of physics-based analytics
Most “learning” in big data is driven by the data alone. Some people may believe this is sufficient because of the sheer data size. If the physical world is involved, this approach is often insufficient. In this talk I will give a recent study to illustrate how physics and data are used jointly to learn about the “truth” of the physical world. It also serves as an example of physics-based analytics, which in itself has many forms and meanings. In an attempt to understand the turbulence behavior of an injector, a new design methodology is needed which combines engineering physics, computer simulations and statistical modeling. There are two key challenges: the simulation of high-fidelity spatial-temporal flows (using the Navier-Stokes equations) is computationally expensive, and the analysis and modeling of this data requires physical insights and statistical tools. A surrogate model is presented for efficient flow prediction in injectors with varying geometries, devices commonly used in many engineering applications. The novelty lies in incorporating properties of the fluid flow as simplifying model assumptions, which allows for quick emulation in practical turnaround times, and also reveals interesting flow physics which can guide further investigations.

3:30 PM - 4:30 PM
cmenet: a new method for bi-level variable selection of conditional main effects
This talk introduces a novel method for selecting main effects and a set of reparametrized predictors called conditional main effects (CMEs), which capture the conditional effect of a factor at a fixed level of another factor. CMEs represent interpretable, domain-specific phenomena for a wide range of applications in engineering, social sciences and genomics. The key challenge is in incorporating the grouped structure of CMEs within the variable selection procedure itself. We propose a new method, cmenet, which employs two principles (CME coupling and CME reduction) to effectively navigate the selection algorithm. Simulations demonstrate the improved performance of cmenet over generic variable selection methods. Applied to a gene association study on fly wing shape, cmenet not only provides more parsimonious models and improved predictive performance over existing methods, but also reveals important insights on gene activation behavior which can guide further experiments (joint with Simon Mak, paper in JASA Theory & Methods.)